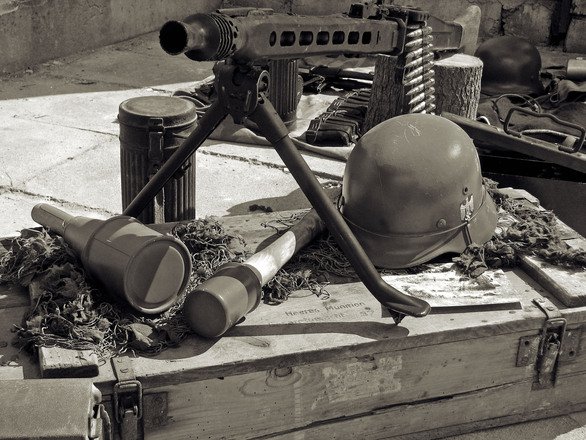 “For we wrestle not against flesh and blood, but against principalities, against powers, against the rulers of the darkness of this world, against spiritual wickedness in high places.”…………………..Ephesians 6:2 (KJV)

Put on the whole armor of God so you will be able to stand in the evil day. I quote this scripture and mentally put on the full armor of God morning and night. I believe that saints of God are in a battle for our souls.

Our adversary, the devil, does not fight fair.

The thought of our adversary not fighting fair prompted me to write my third fiction book about spiritual warfare. A female is the heroine. It hasn’t been published yet (I’m still perfecting it – LOL). Below is a snippet of a scene from the book.

Bernadette and her parents prayed as they drove highway forty-nine to the church. The car plunged forward as it was rammed from the rear.

“What the devil was…?” She looked in the rearview mirror. Mrs. Giordano, hugging the steering wheel, grinned at her like Jack Nicholson in the ‘Shining,’ brandishing the biggest butcher knife she had ever seen.

She rear-ended the car again. Bernadette clutched the steering wheel. The car skidded on the pebbled shoulder. She pulled back onto the highway as Mrs. Giordano accelerated to thrust the car into the ravine.

Her dad dialed 911. “Do you know her Bernadette? That’s the same lady that was at the hospital every day when you were in the coma.”

“She must think she knows you,” her mother said as she watched Mrs. Giordano hurdle back onto the highway. “Or have you mixed up with someone else.”

Should I tell them about Bertrando and the affair? It would only disappoint them and maybe frighten them more…No, God has forgiven me and Fresco forgave me…

“Why is she ramming us like a maniac?” her mother asked.

“She acts like she’s on a suicide mission,” her dad said in-between explaining to highway patrol the situation they were in. “Keep straight, Bernadette. She’ll really have us if we get on the one lane dirt road.”

“Keep driving. Keep the distance between us. Someone from the sheriff’s department should be here any minute.” her father said. “ I told them we were headed toward Lakeview.”

The cat and mouse chase continued for another ten minutes or so. Bernadette heard sirens, glanced in her side mirror, saw flashing red and blue lights. Mrs. Giordano zoomed after them.

Bernadette saw the car approaching behind them like a high-tech missile locked to its target. She counted ten, nine, eight, seven, six, five, four— swerved across the left lane to the left shoulder. She anticipated Mrs. Giordano would expect her to go right. Mrs. Giordano’s Ford Explorer plunged into the ditch just as two sheriff’s vehicles screeched to a halt on both sides of her. Four sheriffs hopped out, weapons in hand, and surrounded the truck.

Mrs. Giordano was apprehended. Bernadette and her parents circled back to the church. She thought she saw long black hair instead of short blonde hair when she glanced quickly at the squad car; looked again. Angelina scowled at her with stabbing, wide, slanted blue eyes.

The above scene is fictional.

But in reality, we are in a spiritual battle with the enemy – A battle for our souls.

Satan doesn’t care about us going to church, praying, being compassionate, or giving. He is in a battle with Jesus for our souls. He has no power against the Christ, the Anointed one, so he comes after what is most precious to Jesus – His saints.

As you travel through 2022 – Don’t forget there are spiritual forces fighting against you – If you are a saint of God.