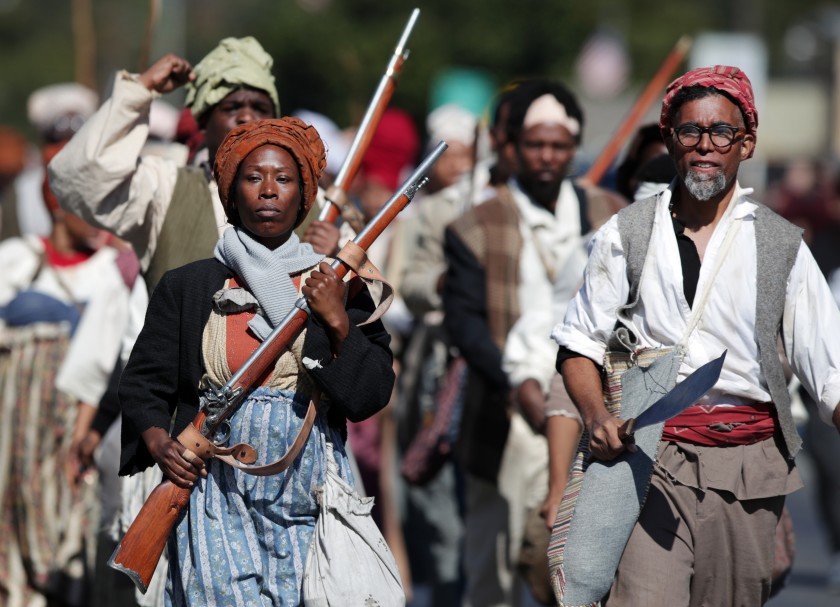 On Thursday, June 17, 2021, President Joe Biden signed the Juneteenth National Independence Day Act, which established a holiday commemorating the end of slavery in the United States. As America prepares to celebrate the 4th of July, I am pondering the new federal holiday. Reflecting on the African American’s experience in America – what my ancestors went through, not treated as human beings, beaten and abused – I realize how far we have come from four-hundred years. But wonder how much more we still need to accomplish to be treated humanely with equality, equity, and justice.

Unfortunately, I do not possess much history of my ancestors. My great grandparents on my mother’s and father’s side were deceased when I was born. I never got to meet grandma and grandpa on my daddy’s side, nor grandmother on my mom’s side. I vaguely remember Papa, as we called him, my mother’s dad. He died when I was ten, so I do not remember spending time with him. Looking at his birth year, 1882, I realized that I am only four generations from being born a slave.

THE THOUGHT MAKES ME SHIVER AND TWITCH.

Can you believe it?

Only 156 years since the last bondservant was given liberty.

The Emancipation Proclamation, or Proclamation 95, was a presidential proclamation and executive order issued by United States President Abraham Lincoln on September 22, 1862, during the Civil War. The Proclamation read:

That on the first day of January in the year of our Lord, one thousand eight hundred and sixty-three, all persons held as slaves within any State, or designated part of a State, the people whereof shall then be in rebellion against the United States shall be then, thenceforward, and forever free; and the executive government of the United States, including the military and naval authority thereof, will recognize and maintain the freedom of such persons, and will do no act or acts to repress such persons, or any of them, in any efforts they may make for their actual freedom.

It appears the executive branch, military, and naval authorities have been negligent in their responsibilities.

Henry Louis Gates, Jr. chronologically listed events from the signing of the proclamation to America’s first Independence Day in an article written for The Root in 2013.

* Jan. 31: The date the 13th Amendment passed Congress in 1865, officially abolishing the institution of slavery.

* Dec. 6: The day the 13th Amendment was ratified that year.

* May 1: Decoration Day, which, as David Blight movingly recounts in Race and Reunion: The Civil War in American Memory, the former slaves of Charleston, S.C., founded by giving the Union war dead a proper burial at the site of the fallen planter elite’s Race Course

Source: What Is Juneteenth?

Independence Day (colloquially the Fourth of July or July 4) is a federal holiday in the United States commemorating the Declaration of Independence of the United States, on July 4, 1776. The Continental Congress declared that the thirteen American colonies were no longer subject (and subordinate) to the monarch of Britain, King George III, and were now united, free, and independent states. The Congress had voted to declare independence two days earlier, on July 2, but it was not declared until July 4.

Independence Day is commonly associated with fireworks, parades, barbecues, carnivals, fairs, picnics, concerts, baseball games, family reunions, political speeches, and ceremonies, in addition to various other public and private events celebrating the history, government, and traditions of the United States. Independence Day is the national day of the United States.

Juneteenth National Independence Day Act, June 17, 2021, established as a holiday commemorating the end of slavery in the United States.

July 1, 2021: African Americans are still fighting for liberation and equality from injustices in the criminal justice system, educational institutions, bottom of the totem pole in medical care, and disadvantaged in obtaining and maintaining financial wealth.

I ask you to ponder this question. As contributors who built America and helped it become one of the wealthiest and greatest nations of the world, are Blacks/African Americans now treated humanely with equality, equity, and justice?

America! Let’s celebrate all Americans being free and united in the United States of America.

“We hold these truths to be self-evident, that all men are created equal, that they are endowed by their Creator with certain unalienable Rights, that among these are Life, Liberty and the pursuit of Happiness.” The United States Declaration of Independence, Philadelphia, Pennsylvania, July 4, 1776.